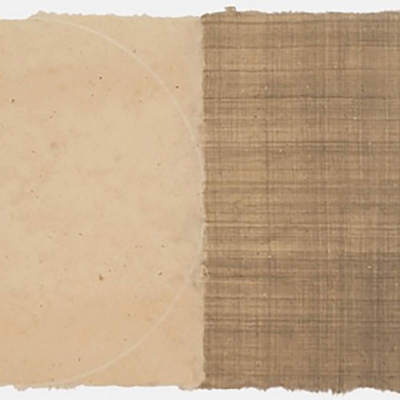 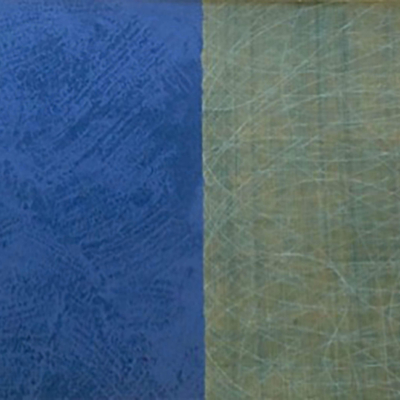 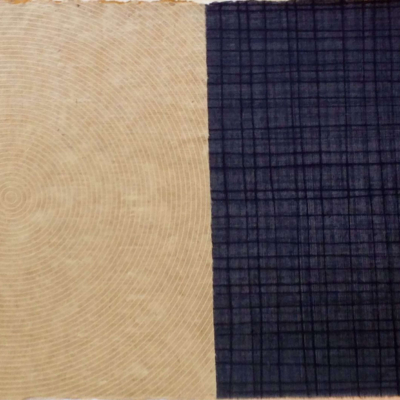 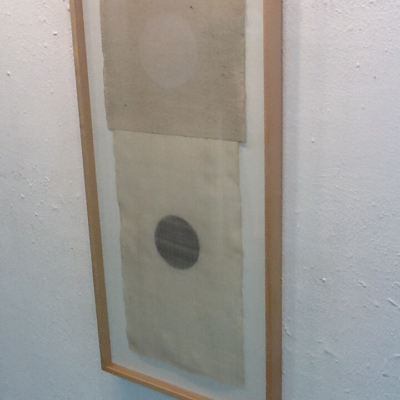 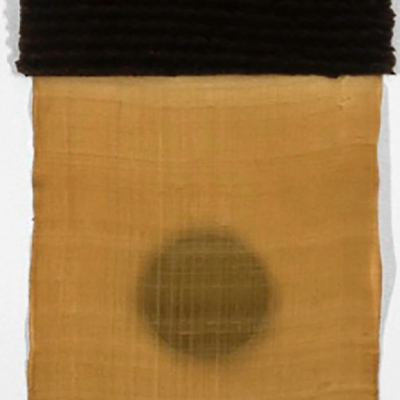 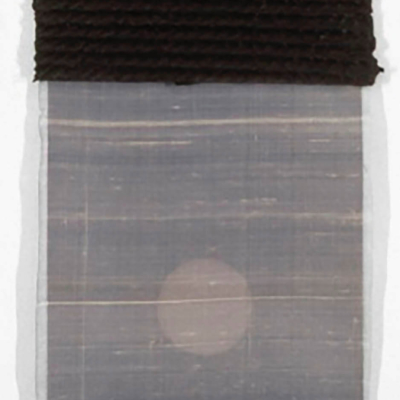 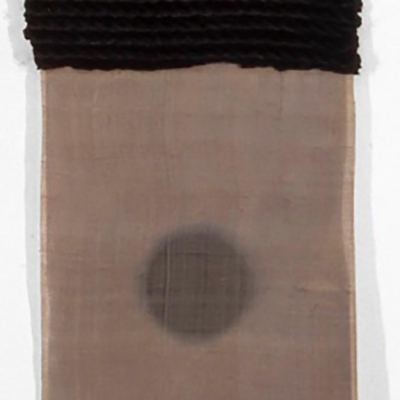 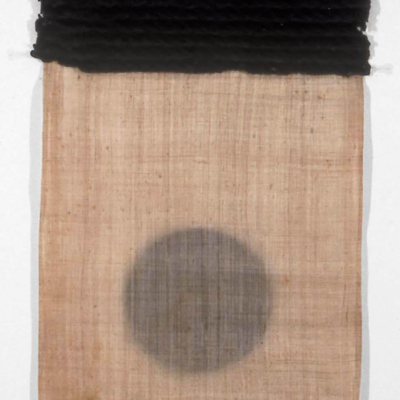 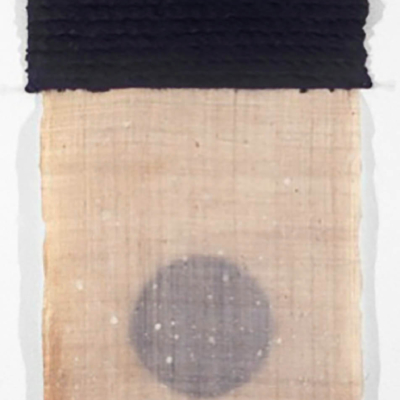 The works were done in series and were greatly influenced by Asian culture.

His minimalist works are meditative and quiet; they have a reductive Zen quality.

Shapiro’s work is comprised of a highly personal language of signs and symbols. Circles, spirals, dots, wave and knot patterns textures resonate on richly hued, tactile surfaces of Nepalese and Japanese papers, burlap and canvas, evoking a subtle mood of contemplation. Suggesting constellations of heavenly bodies, or human thoughts, these works appear to visually and psychologically overlap and merge with one another.

He did his undergraduate work Pratt University and received an MFA from Indiana University.

For over three decades, David Shapiro had over eighty solo exhibitions throughout the United States as well as in Japan, Canada, and England.

His work is represented in many public, private, and corporate collections including respected institutions such as the Museum of Modern Art in New York, the Solomon Guggenheim Museum, the San Francisco Museum of Modern Art, the Cleveland Museum of Art, the Mint Museum in Charlotte, North Carolina, the Smithsonian Museum of American Art, Washington D.C., the Aichi Prefectural Museum of Art in Nagoya, Japan, and the Kunsthalle der Stadt in Nuremberg, Germany.