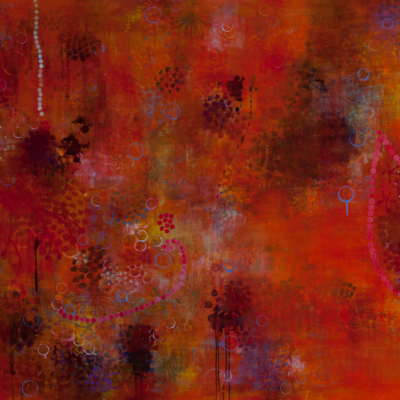 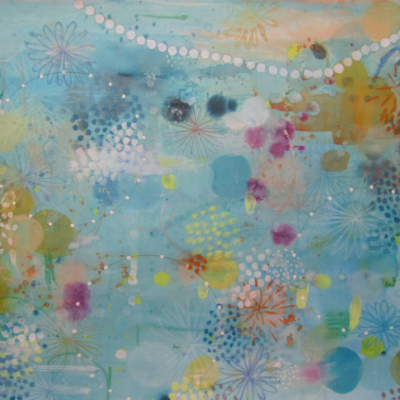 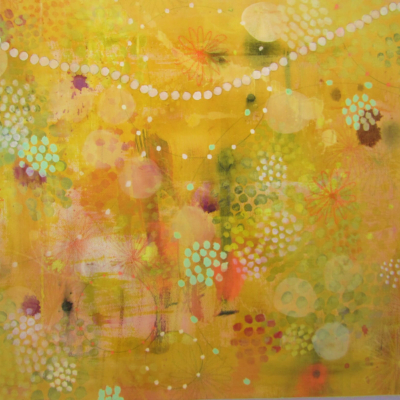 Her images are most often based on circles, variations of circles or shapes within circles—images of generation, regeneration and change.

She describes her work as “an unfurling,” a gradual revelation in constant renewal and eternal return.

Daru Jung Hyang Kim studied at Seoul National University, receiving her Bachelors degree in 1977. She moved to New York that same year to study at Pratt Institute and received her Masters degree in 1980. Since then, she has been widely exhibited in the United States and Korea, including the Bronx Museum of the Arts in New York, the Phillips Museum of Art in Pennsylvania, and the BenShahn Galleries in New Jersey.

She was the winner of MTA Arts for Transit – Jamaica Line (Crescent Street Station). This project was completed in May 2007, and is a permanent installation. In 2011, Daru completed three monumental public art works in Korea for the LIG Insurance company.

Most recently, she completed a major commissions for NYU Langone Medical Center, including a 12′ x 20′ glass work for the lobby and a 12′ x 24′ outdoor mosaic.

Additionally, her work is owned by many major corporations, private collectors and museums.